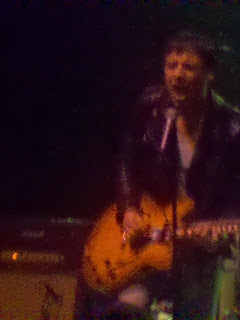 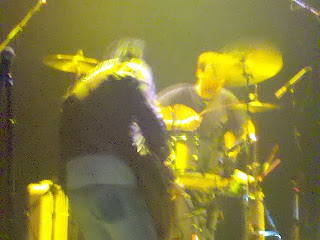 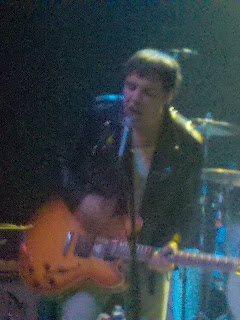 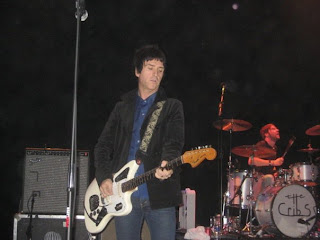 The Cribs (with Johnny Marr) put on a great show at the 9:30 Club.  At first I was a little upset on how small a crowd came out for the show, but very quickly, after The Cribs came on the stage, it felt like a packed show.  Tons of energy!

My favorite story of the show is when Ryan said to Gary that he was enjoying the show and Gary told all of us what Ryan had said.  Then said "you know it is true because he told me, instead of telling you!"  Which, thinking about it, I have to agree.
Some of the play list included:
We were aborted
Hey Scenesters!
Ancient History
Men's Needs
Mirror Kissers
Our Bovine Public
We Share the Same Skies (I think?)
Be Safe (great video behind the band)
Ignore the Ignorant
It was a great show except for the idiot (proudly loudly announcing he was a Republican, no idea why that was relevant) screaming during every break for Girls like Mystery.   Once or twice, fine.  If the band asks for requests, great!  But constantly for over half the show, please just stop already!
And a big thank you to Lynne Ragazzini for the great shot of Johnny Marr!
9:30 Club Johnny Marr The Cribs