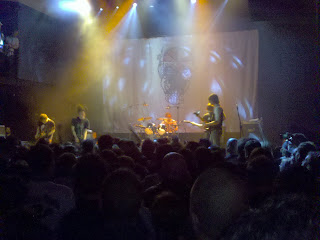 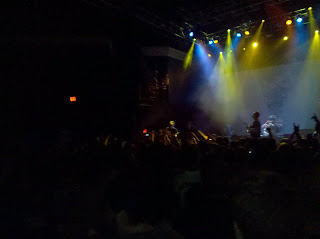 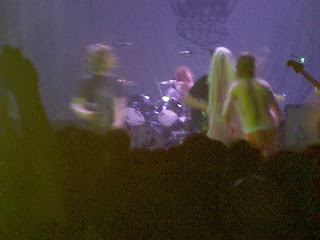 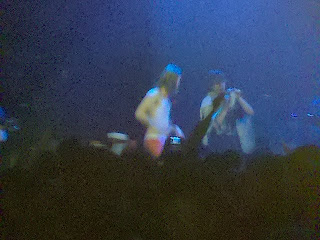 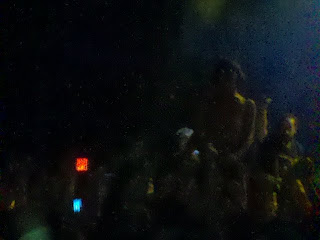 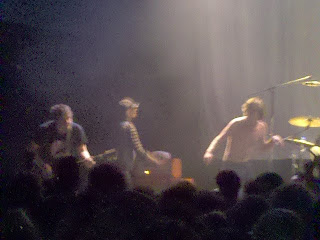 Cage the Elephant put on an excellent show. I hate to say it, but a much better show than I expected honestly. I have no idea how the lead signer, Matthew Schultz, could bang his head and growl out one song after another for a little over an hour without a break or hardly even much talking between songs. And lead guitarist, Lincoln Parish, was awesome. They just blazed through their set. Some of the highlights of the show included "Back Against the Wall," "In One Ear" and, of course, "Ain't No Rest For the Wicked."


The audience ate up the energy coming off the stage and loved it when Matt jumped into the crowd to crowd surf mid-song (hard to hear him when he was surfing though). Definitely one of the more exciting shows I have seen at the 9:30 Club in a while. It was one of those shows where people lost clothing (see the single lone shoe in my next post).


And it was an "interesting" last song when members from the opening act and ATAL bassist, Julio Tavarez, jump up on stage half dressed. Memorable at least! :-)