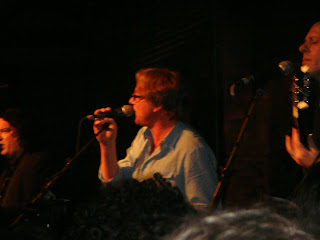 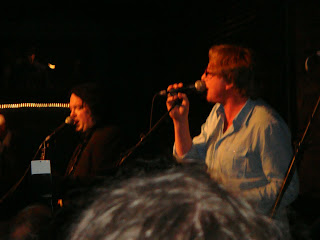 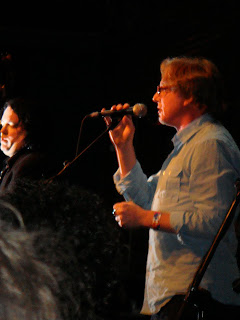 Mike Mills (R.E.M.) joined Big Star on stage to play Jesus Christ at the tribute for Alex Chilton at SXSW.

At first I thought this was a strange pairing - DBT opening for Alabama Shakes? Is there much cross over? Will the rabid DBT fan eat the Alabama Shake fans? I've been to some DBT shows that started two hours late and the crowd was so drunk half of us couldn't hardly stand up. It was at a DBT show where I was asked by a total stranger to punch him in the face - like I was doing him a favor. But those days seem to be past - the audience was well controlled by the great people at Merriweather (and the 930 Club) and I don't even think I saw a bottle of jack onstage during the DBT set. The DBT opened the show strong and play a nice mix - some classics some new. Great energy for being on so early. I think it was mainly an Alabama Shakes audience but DBT held their own and entertained. Their show works well in such a large venue. Then Brittany and the Alabama Shakes hit the stage and the crowd lost their mind. Her voice is so unique - my wife says it's a cross of Billy

Mayer Hawthorne's & the County laid down the blues at the Rock and Roll Hotel! This show restored my faith in being able to see a good sold out show at the Rock and Roll Hotel. Even though the show was just as packed as the We Were Promised Jetpacks show the sound was so much better. I had a big guy in front of me (nice guy) so I couldn't see all that well, but the sound, the sound!, the sound was awesome! I had never seen a Mayer Hawthorne show before, so I was pleasantly surprised with his musical range and the band's on stage presence and banter. The sound, the music, the audience - all great. All in all it was just a great show and a wonderful evening. I say run out and get his album, A Strange Arrangement , now!