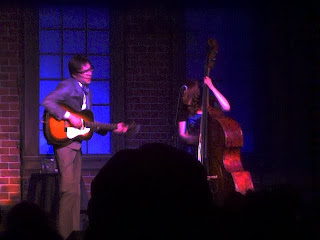 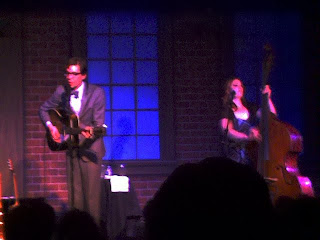 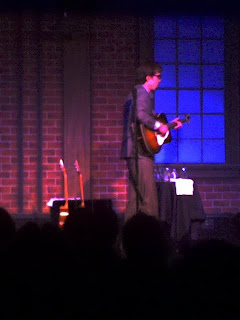 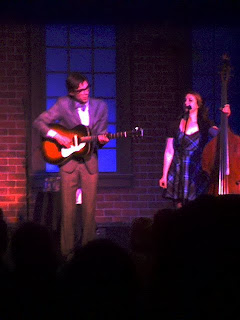 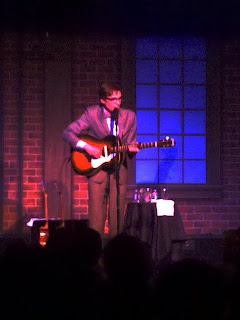 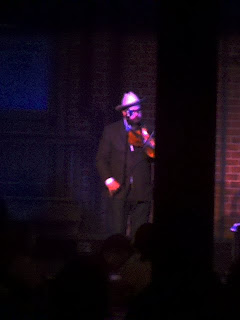 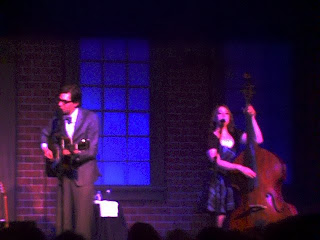 Justin Townes Earle put on a awesome show at the Birchmere! As he said during Mama's Eyes he "...is his fathers son!" This was an great show with excellent sound, as expected when you are at the Birchmere. Those guys know what they are doing (now if they could only get more comfortable seats!)!


Justin Townes Earle has great stage presence and an easy banter with the audience and with his band members. I loved his story about how a famous tailor (did he say Billy Ray?) made his suit and he had pistol pockets put in the pants. When the tailor asked him what size gun he should make the pockets Earles reply was Dillinger! Now based on how the pants fit him I don't know if the story was true or not, but it was entertaining.


Josh Hedley knew how to play that fiddle! And Bryn Davies played her stand up bass as if it was her date, it looked like she was dancing with it more than playing it, but I have to admit I was a little jealous!


Many of the nights songs were from his newest album, Midnight at the Movies including They Killed John Henry and Halfway to Jackson. And I was ecstatic when we were treated to his countrified version of the Replacements' Can't Hardly Wait!


Oh, and after that show I know I need to run out and get me some Buck Owens! Got to love Honky Tonk! Any suggestions?