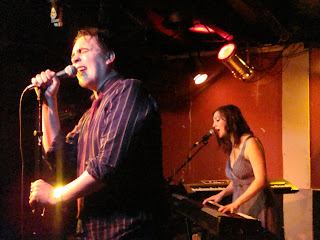 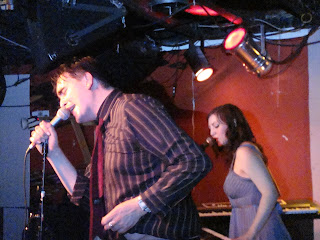 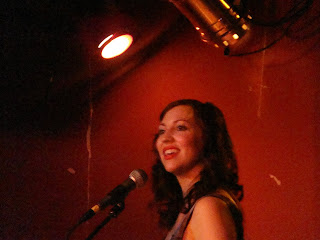 Everybody Was In the French Resistance…Now! is made up of Eddie Argos (from Art Brut) and his girlfriend, and Blood Arm (and hey, if Franz Ferdinand likes them they can't be bad) keyboardist, Dyan Valdes.  Eddie said during the show that they are a concept band out to “correct the mistakes of pop songs past.”

I have to admit I was a bit of a fanboy and after catching Eddie at the bar I ordered him a drink (red wine).  Eddie turned out to be super nice.  He came over, thanked me for the drink, and made small talk with me.  It was pretty cool that there is a rock star out there that is also just a good person.

Anyway, back to the show.  Everybody Was In the French Resistance…Now! knows they are a concept band and I think they know they are not going to appeal to everyone, but I also think that is ok.  They have some songs like Jimmy Mack and GIRLFREN that will get played on the radio over and over and some songs like Coal Digger and Billie's Genes that will probably never get air play. I came out of the show really liking the three or four songs off the album that I liked before and also now had a new appreciation for a couple of more.  This album isn't going to knock everyone's socks off, but it is fun and they show off what they can do in the concept and they seem to be having fun.

And who else can say they rock it everyday when they go to work?  Do you love your job half as much as Eddie and Dyan?