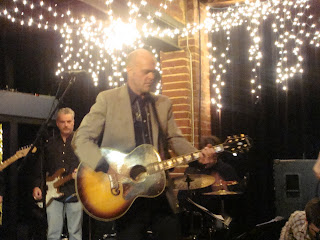 There is just something right about seeing Last Train Home at Iota.  It's like coming home...

This was LTH first appearance since the snowpocalypse in December 2009 (what was that December 18th?).   Eric and his band made the wait worth while and put on quite the show for us.  He has natural stage presence and keeps the showing rocking along.  The only down time was when Eric turned the mic over to Tom to play one of his songs (at least it wasn't a pirate song).  They lost the audience a little there, but Eric pulled us all back in with It Doesn't Matter.

We didn't get to hear my favorite song, Tonight, but it was still a great show!

More photos can be seen on my flickr site.