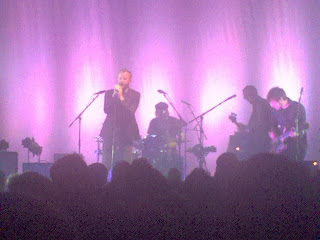 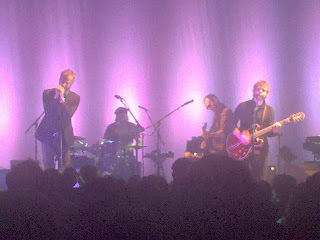 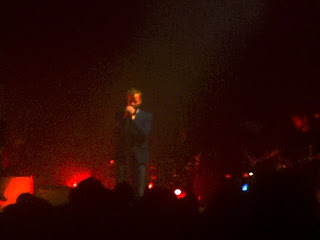 Opened with Runaway.  Then proceeded to play literally all their best songs.  All of them!
Matt walk down the center of the Orchestra during Able, which was great, but I have to ask, don't they make wireless mics now?  Why string a mile long cord through the audience?  Maybe wireless mics don't sounds as well?  Anyone know?
Later in the show Matt walked down the right side tier seating during Mr. November.  And showed off his balance by walking across the arms of the chairs.  Again, very cool he came out to the audience even thought we were in a big hall.  Made it feel more like the 9:30 Club.
The National closed with an awesome About Today ("Are you awake? Well can I ask you about today?").  All in all the show was about 2 hours.  Great entertainment for the money!