July 04, 2012
I had never been to Empire before but then I figured out it was the old Jaxx; a small venue in West Springfield, VA. Easy to get to, but not one of the normal venues I go to. I am hoping the Biters play a larger more well known venue next time they are in the area.

Maybe with bands that fit their style better. The Biters were in the center of the bill with two other bands that have nothing in common with them. I love the Biters straight up rock and roll (power pop?). You can hear the influence of Cheap Trick, Thin Lizzy, maybe a little Kiss, and do I hear a little Bowie even? I didn't get the make up and zombie rock of the other acts. If the music can't stand on its own, make up isn't going to help it.

To me the Biters should have been the headline act. It seemed at least 2/3rds of the audience was there for them. And the Biters didn't disappoint - 45 minutes of packed back to back rock and roll. We even got Tuk stage diving from the top of the speakers. Yes, we had a little bit of rock and roll magic on a rainy Tuesday night in the northern Virginia suburbs. What a way to celebrate the 4th! 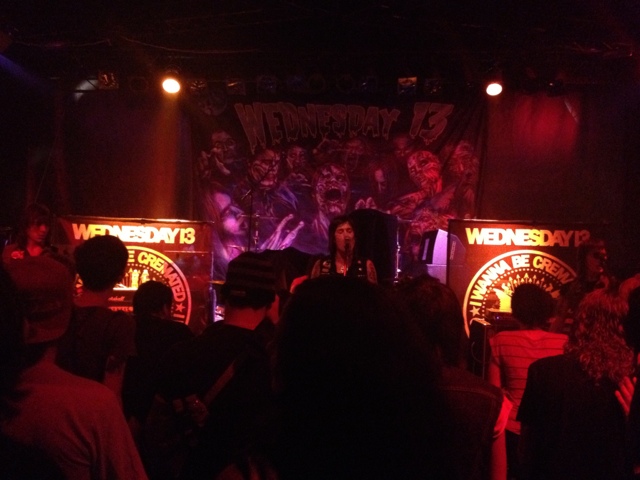 There are few, if any, musicians that can entertain an audience like Billy Bragg (Bruce, I guess?). From his opening monologue on beards ("At my age a beard is like a male face lift.") to the depth and breadth of his musical catalog you can't get a better show for your money (in our case it was over a 2 hour show). The only problem with a Billy Bragg show is I feel guilty by the end of the show that I don't volunteer more or that I'm not doing enough to make the world a better place!  :-)   Here's to "Waiting for the great leap forwards!" And, seriously, why does Canada and the UK have universal health care, but we don't?