August 11, 2012
Aloe Blacc came out right on time but had a shaky start, it was like his voice had to warm up. But that only lasted less than half of the first song. I was actually kind of proud of him, it showed he just has an incredible voice and he doesn't use production to get his sound. I was very happy because he also brought horns on the tour with him and the sound was great. And talk about stage presence! That man owns the stage! The entire audience was dancing and singing along from the first song till all the way through the encore.
Oh, and when is the last time you have been to a show that had a Soul Train dance line? What a show! :-) 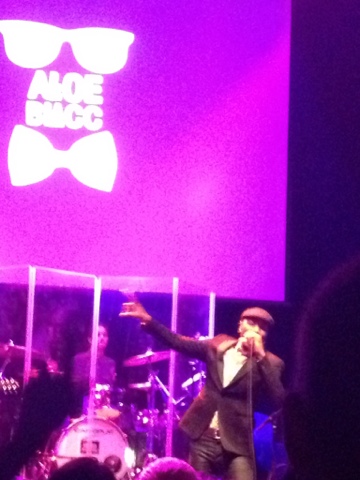 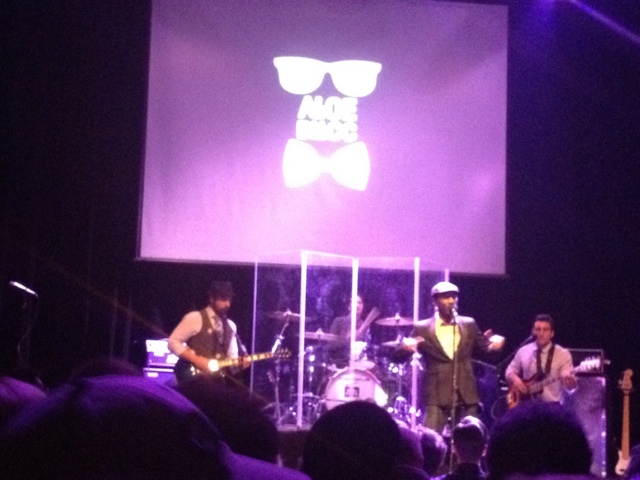 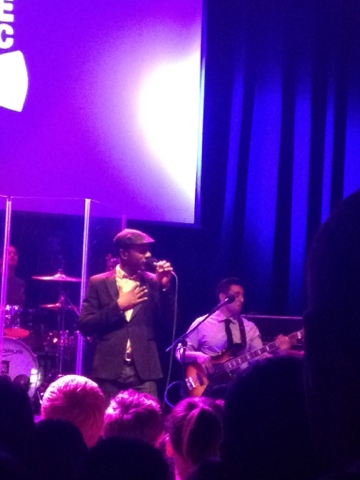